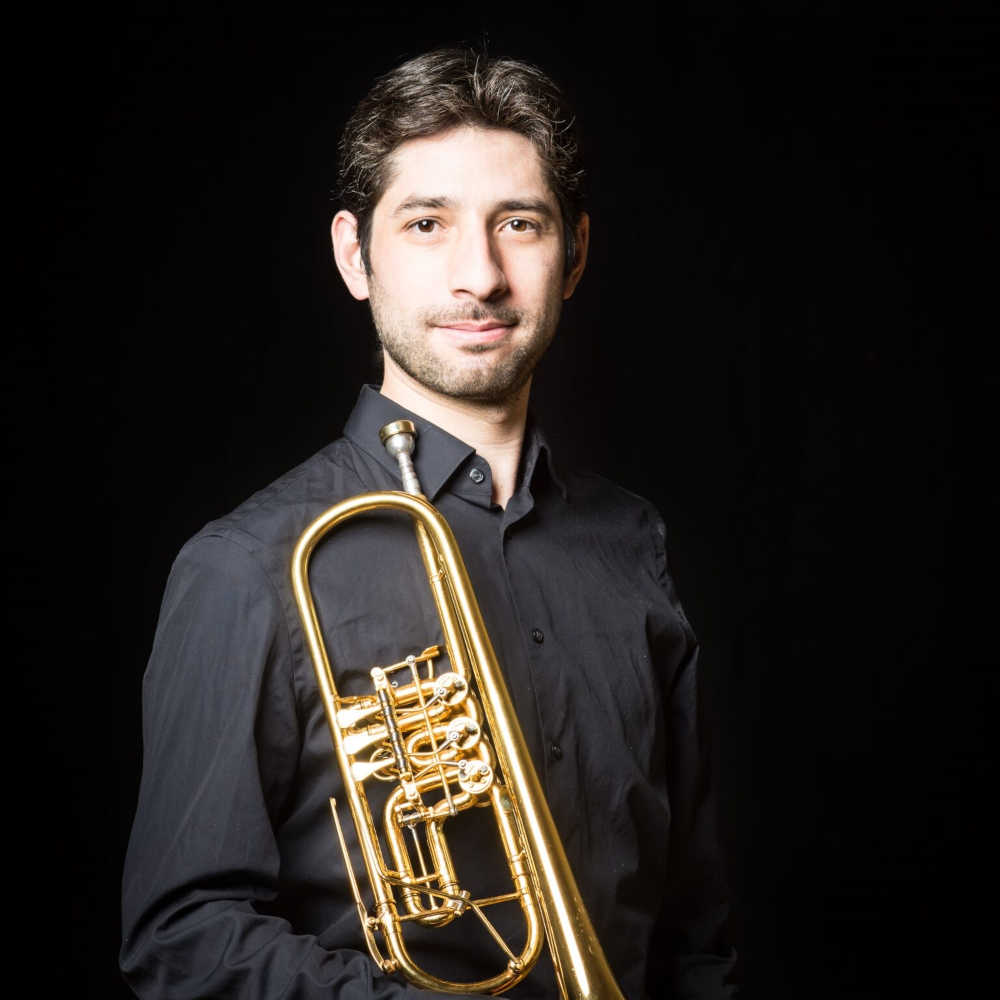 Antonio Villanueva was born in 1987 in Monterrey, Mexico. He earned his Bachelor degree in Music Performance at the Arizona State University, where he graduated with honors under the guidance of Professor David Hickman. In 2012 he earned Masters and Konzertexam degrees with Professor Peter Mönkediek at the Robert Schumann Hochschule in Düsseldorf. He completed an internship with the Düsseldorf Symphony Orchestra, and since 2016, he is a member of the off-stage trumpet section of the Bayreuth Festival.

Antonio was the principal trumpet player of the World Youth Symphonic Band in Interlochen, Michigan, the Summer Music Institute at the Kennedy Center in Washington, D.C. and the National Youth Orchestra of Mexico. He has played as a soloist in the United States, Mexico, Cuba, Spain and Germany. He has won several competitions, among them, the Young Artist Competition in Tucson, Arizona, the Arizona State Concerto Competition, and he received the 1st prize at the National Trumpet Competition in Morelia, Michoacan.

Currently, Antonio is a member of the Bergische Symphoniker; before that, he was the principal trumpet player of the Bad Reichenhaller Philharmonie.