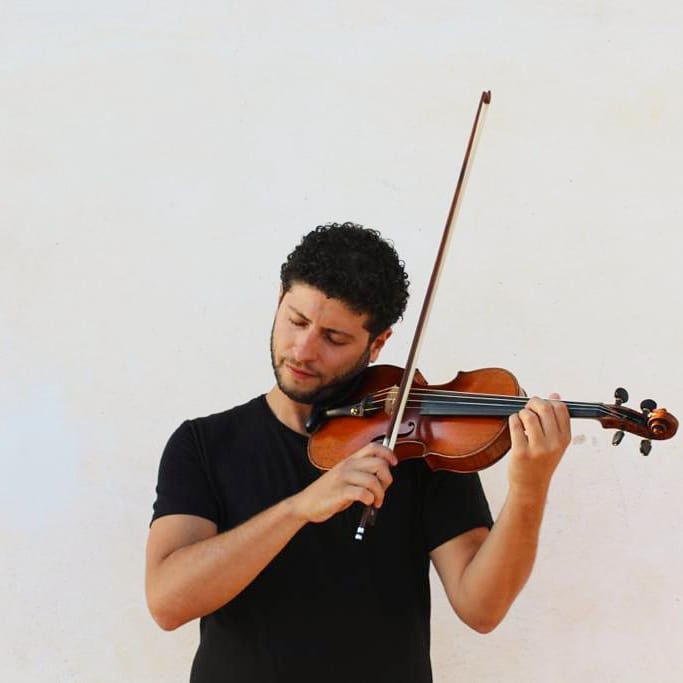 “What a remarkable violinist is this young concertmaster, Ariel Sanches. 23 years old, sweet honey tone, precise, agile… He has everything that is necessary for an excellent Mahler’s 4th Symphony” (Jorge Coli – Concert Magazine, December 2014).

Ariel Sanches was one of the youngest Brazilian violinists to become concertmaster in a professional orchestra, winning an audition for concertmaster at Theatro Sao Pedro when he was only 22 year old. Born in a family of musicians, Ariel received his first music lessons from his father and his uncle, and after, studied during 9 years with the violinist Elisa Fukuda.

In 2016 he participated as a student at the renowned “Chigiana Academy”, in Siena (Italy) under the guidance of the violinist Boris Belkin. During the past years Ariel participated in many masterclasses with important violinists like Glenn Dicterow, Barnabas Kelemen and Ariadna Daskalakis. As a chamber musician, Ariel has performed together with some important figures like Sonia Rubinsky, Cristian Budu, Diana Liget, Gilberto Tinetti.

Between 2012-2017 he held the position of concertmaster of the Theatro Sao Pedro (São Paulo) and the Camerata Fukuda. Since 2018 he has been part of the Tiroler Festspiele Orchestra (Austria). He moved to the Netherlands in 2017 and is currently studying his Master degree at the Maastricht Conservatory in the class of Professor Boris Belkin, with whom he also obtained his bachelor degree.