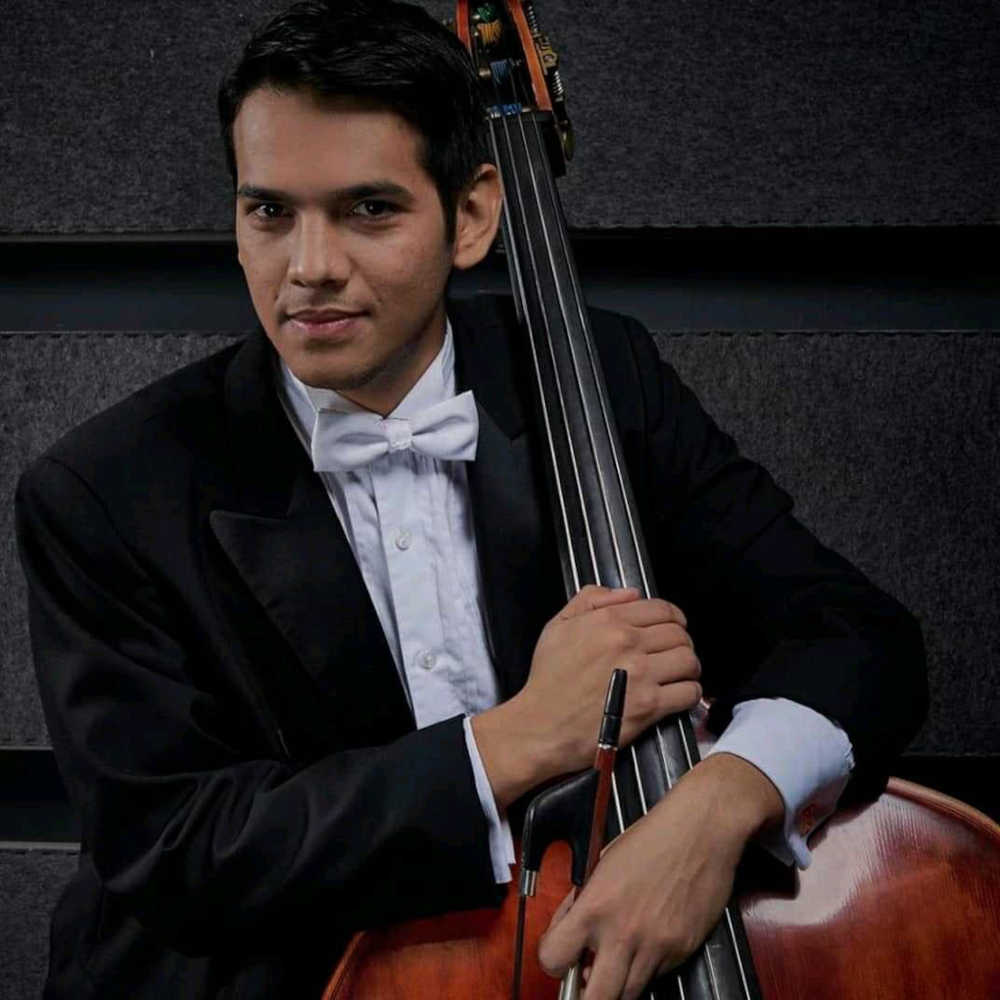 Originally from Guadalajara Jalisco, graduated from the University of Music under Prof.Ronowicz Borash Ryszard Janusz.
Participated as guest musician with some of the most important orchestras in Mexico, where he had the opportunity to be part of the double bass section of the Symphony Orchestra of Guanajuato, Philharmonic Orchestra of Boca del Rio.
In 2016 he traveled to Germany to study at the Hochschule Für Musik “Carl Maria von Weber” in Dresden, under the tutelage of Prof. Benedikt Hübner, where from 2017 to 2019 he collaborated with the prestigious Dresden Philharmonic, performing concerts in the most important halls of Asia, America and Europe.
In 2020 he had a temporary contract with the Frankfurt Opera and later became co-principal of the Philharmonic Orchestra des Staatstheater Cottbus.