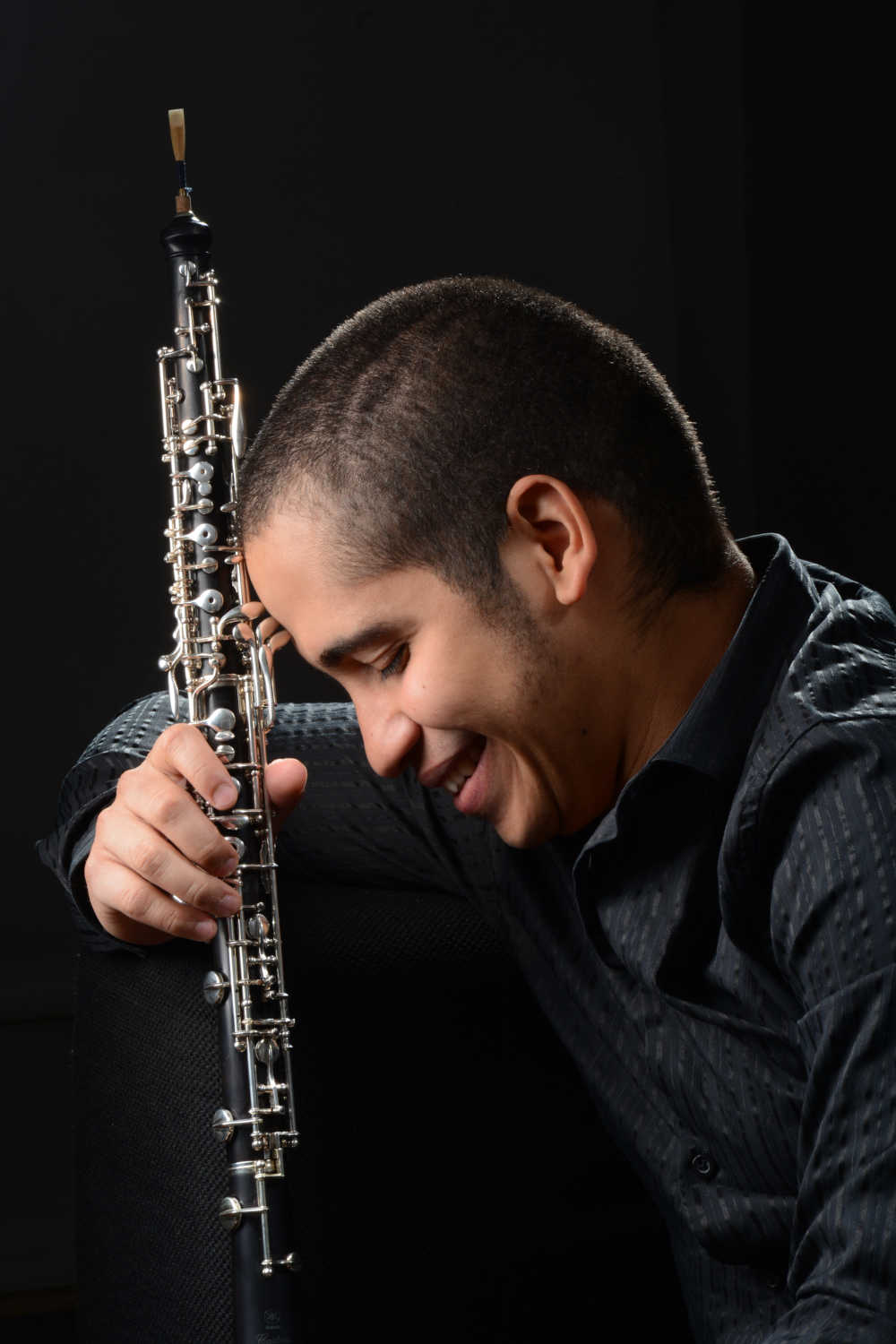 Sergio Sánchez, solo oboist with the Augsburg Philharmonic, won the International Double
Reed Society Gillet-Fox Oboe Competition in 2015. Between 2010 and 2017 he studied at the Musikhochschule Lübeck in the class of Diethelm Jonas. In 2013/14 he took lessons at the Conservatoire National Superieur de Musique et Danse de Paris with David Walter and Jacques Tys as part of the European exchange program Erasmus. He is part of the organizing committee of “The Oboe and its Labyrinths” project that aims to contribute to the training of new generations of oboists in Venezuela. In this project he takes part as a teacher and performer as well.