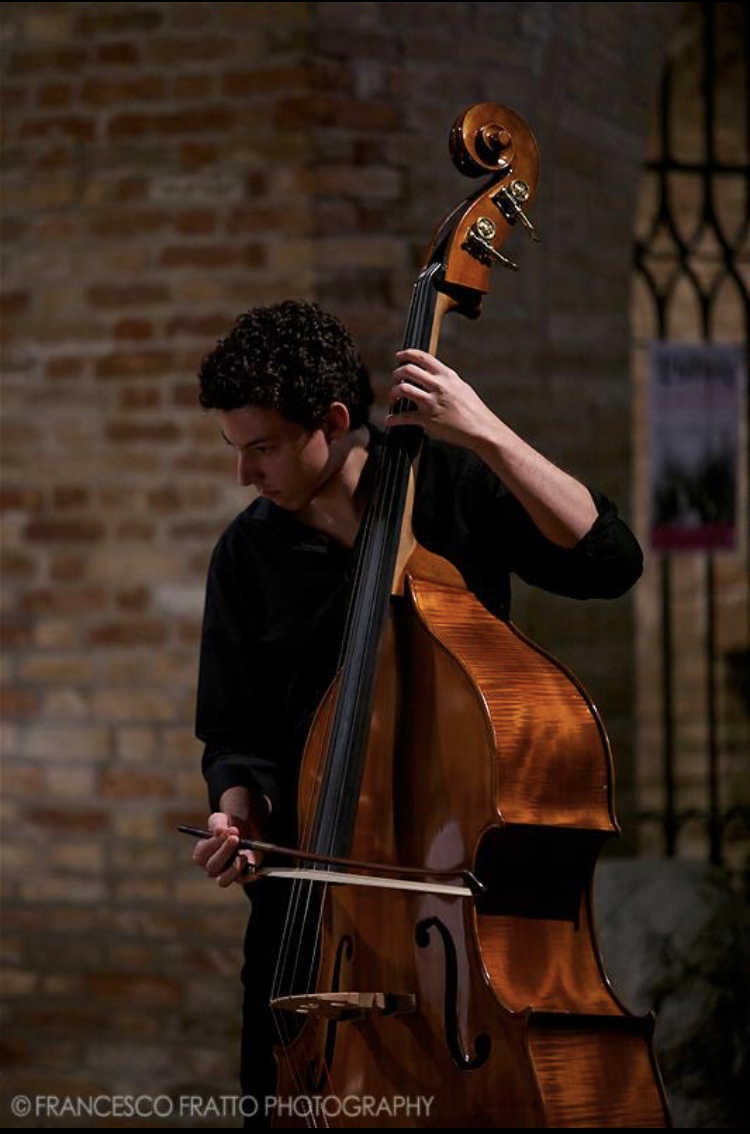 Thiago Paganelli, born in São Paulo (Brazil), at the age of 12 had his first contact with music through the Jaffé method. From 2007 to 2010 he studied with Prof. Max Ebert Filho at the Conservatorio Escola Municipal de Música. In 2010 he began studying for a year at the Mozarteum in Salzburg with Christine Hoock.

He gained orchestral experience as an academyist at the Staatstheater Kassel (2019-2021) and at the OSESP Orchestra Academy (São Paulo) with Prof. Ana Valeria Poles (2015-2016). Scholarship holder at Campos do Jordão Festival (2015).

In 2016 he came to Germany and since the winter semester 2016/17 he studies the Bachelor at the Hochschule für Musik und Darstellende Kunst Frankfurt am Main with Professor Christoph Schmidt.