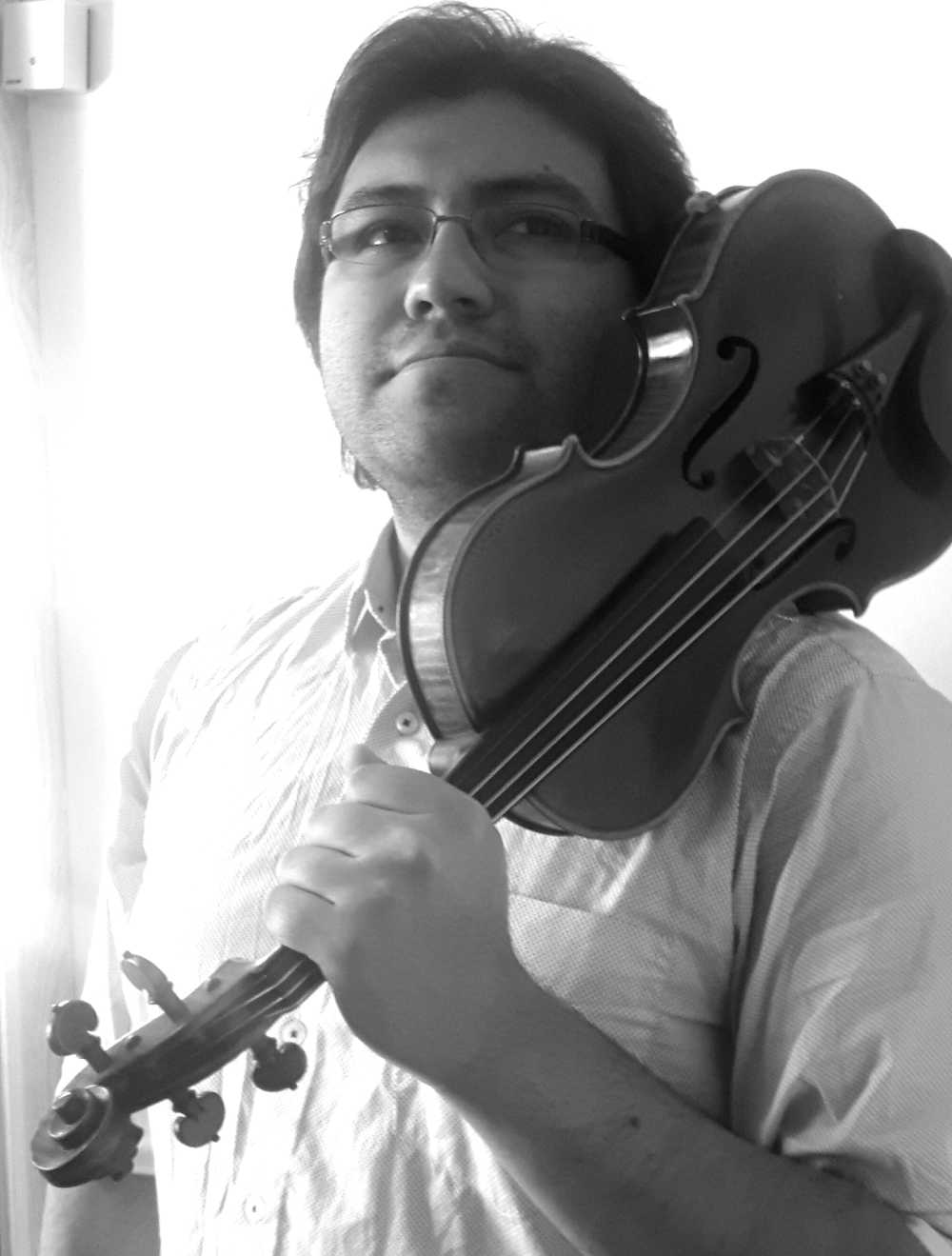 Daniel Cifuentes Jiménez, was born on April 14, 1993 in Bogotá. At the age of 7 he began his musical studies at the Sinfónica Juvenil de Colombia, with the violinist Martha Portillo. In 2005 he joined the class of violinist Ruth Lamprea for 4 years.
In 2011 he began his university studies at the Conservatorio de Música de la Universidad Nacional de Colombia with the colombian violinist Juan Carlos Higuita. In 2015 he was a student at the Universität Mozarteum Salzburg with Professor Lavard Skou-Larsen and he is currently studying his Master’s degree with violinist Sophia Jaffé at the HfMDK Frankfurt.
In July and August he took part in the Keshet Eilon International Strings Master Course in Israel as a representative of Colombia and Latin America, playing in master classes with Paul Roczek and Judith Ingolfsson.
Currently he is a member of the Junge Deutsche Philharmonie and since September 2019 he participates as an academist at the Staatsphilharmonie Nürnberg.