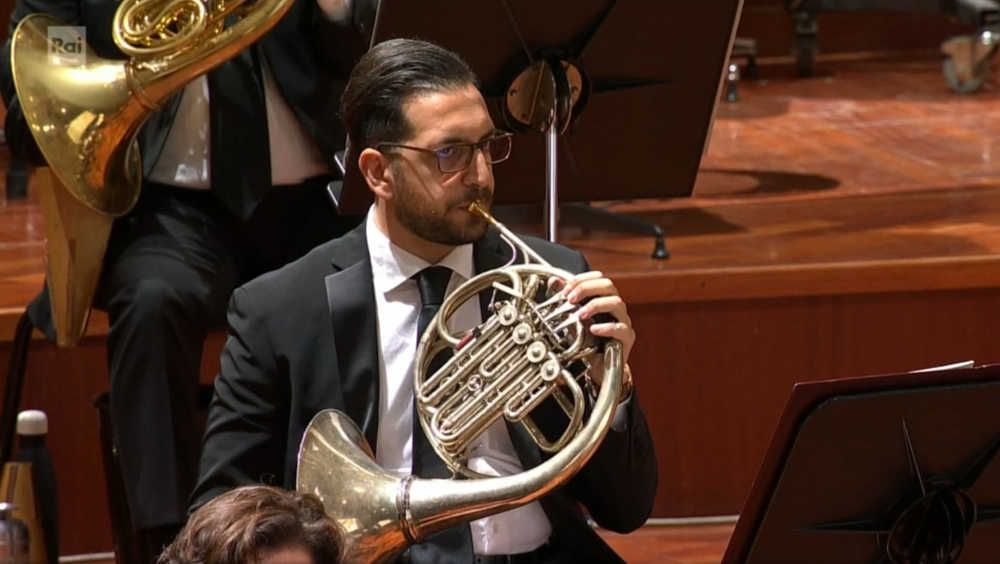 Born in Conversano (BA) in 1990, Emanuele Giovanni Urso studied French horn at the “N. Rota ”– Monopoli (BA) in the class of M ° Musio, graduating with full marks in 2009.

In 2014 he obtained the Master’s Diploma in French Horn at the “B. Maderna “under the guidance of M’ L. Benucci. He later perfected himself at the prestigious Buchmann – Mehta School of Music in Tel Aviv with M ° Abadi and in 2019 at the high specialization courses of the Fondazione Scuola di Musica di Fiesole O.N.L.U.S.

Winner of a long list of solo prizes and national and international competitions in chamber ensembles, he has been a soloist in concerts and festivals such as, recently, the Ravenna Festival, Ravello Festival, Petruzzelli Concert Season in Altamura (Ba). Despite his young age, part of his activity is also passionately dedicated to teaching: he held Master Classes in Orchestral Practice and Solo Repertoire in Sao Paulo (Brazil) and Lima (Perú); holding as a Coaching/Tutor of the Wind and Brass Section for Orchestracademy and the Apulian Youth Symphony Orchestra since 2018. He recently won the audition as Principal Solo Horn at the Teatro del Maggio Musicale Fiorentino under the guide of the M’ Z. Mehta.