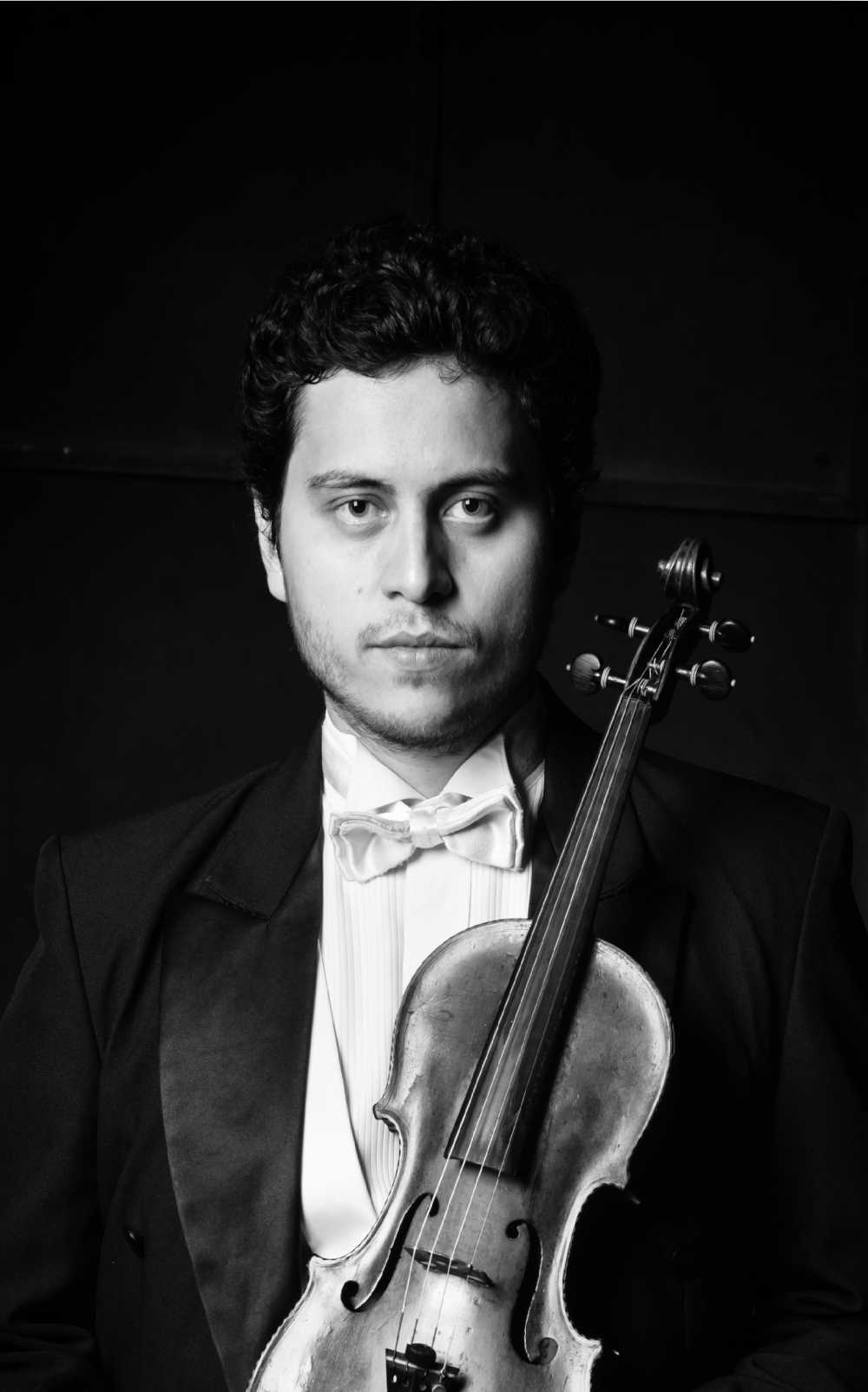 He started studying violin at the age of five and graduated in one of the most important conservatory in Latin America the “CDMCC” in the class of Prof. Dr. Paulo Bosisio who graduated in Konzertexamen from Musikhochschule Köln as a Prof. Max Rostal pupil.

He was selected by the pianists Menahem Pressler and Ilan Rechtman to represent Brazil in Israel as a soloist with the “Israel Chamber Orchestra” alongside the violinist Guy Braunstein in 2011. He was finalist to be member at the Concertgebouworkest in 2011 (1st violin Tutti) and 2021 (Principal 2nd violin).

He decided to move to Germany in 2018 after being unanimously approved in 2 German orchestras, Rodrigues won the Echo Awards with the “Dogma Chamber Orchestra”, in which he was invited to be soloist in December 2019.

He currently works as a guest violinist in orchestras in Germany, Holland, Switzerland, Portugal and France. He regularly performs in importants Concert Halls such as the Berliner Philharmonie, Konzerthaus Berlin, ElbPhilharmonie, Kölner Philharmonie, Opernhaus Zürich, Gewandhaus, Concertgebouw, among others.

Bernardius Calcannius 1784 violin was exhibited for 20 years at The Metropolitan Museum of Art before being awarded by the Autran Dourado family to Wagner Rodrigues in 2011.