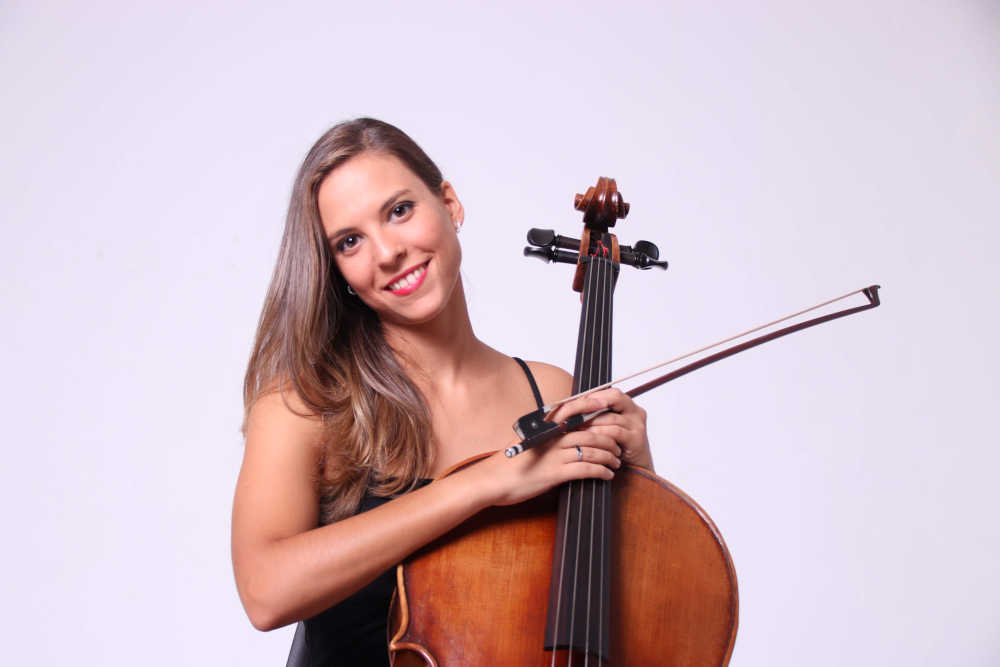 Cristina Simón was born in Madrid in 1991 and started to play the cello at the age of eight. In 2013 she began her Master of Music studies with a specialization in cello performance in the class of Professor Armin Fromm, at the Robert Schumann Hochschule University in Düsseldorf, Germany, concluding these in 2016. In 2013 she completed her Bachelor Degree in cello at the Royal Superior Conservatory of Music of Madrid.

In 2014, the Mutua Madrileña Foundation awarded her a scholarship for postgraduate studies abroad for a duration of two years. Since the beginning of her Education as a Cellist, she has regularly received classes with renowned teachers such as Michal Dmochowski and Kazimierz Michalik, also attending master classes with Gustav Rivinius, Philippe Muller, Wolfgang Boettcher, Young-Chang Cho, Wenn-Sinn Yang, Gregor Horsch and Tilmann Wick, among others.

In the 2017-2018 season she completed a Practicum for 12 months as a member of the Staatsorchester Rheinische Philharmonie. Since 2007 she has acquired orchestral experience as a member and as a collaborator with orchestras such as the Orquesta de la Comunidad de Madrid, Philharmonie Südwestfalen, Neue Philharmonie Westfalen, Niederrheinische Sinfoniker and has performed in numerous concert halls such as Tonhalle Düsseldorf, Theater du Chatelet (Paris), Degollado Theater (Mexico).

During her master’s studies she has also been trained in cello pegadogy and has participated in several courses and seminars of cello pedagogy, stage presence and mental training for musicians. Since 2015 she has been teaching cello regularly in Düsseldorf and has also collaborated as a teacher at the Xiquitsi Project (Mozambique, 2015) and the Child’s Play India Foundation (India, 2019).

Cristina Simón currently combines her musical occupation with orchestral and chamber music projects as well as with the pedagogy of the cello as a freelance cellist and she has been established in Düsseldorf since 2013.