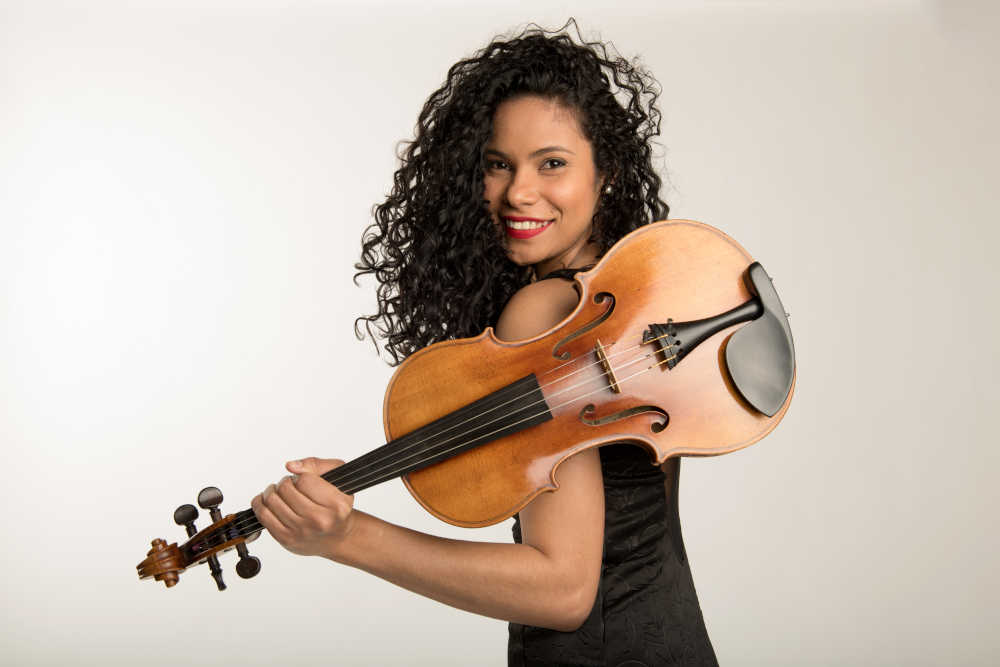 Born in Salvador, Geisa Santos began her musical studies at age 14 in a social project (Orquestra Sinfônica da Juventude de Salvador). In 2007, she joined NEOJIBA being one of the first Monitors and principal viola of the Youth Orchestra of Bahia.

In 2009, she participated in an exchange program with the University of Stavanger, Norway.

She has also participated in international festivals such as Sommerakademie Collegium Musicum in Pommersfelden in Germany and also the Opera Barga Festival in TuscanyItaly.

In September 2013 she received a scholarship from the Brazilian Mozarteum to study at the Berlin Philharmonic Academy. During this period she was a student of Walter Küssner and Máté Szucs.

In 2016 she was approved to study at the HFMDK (Hochschule Für Musik und Darstellende Kunst Frankfurt am Main) with Prof. Ingrid Zur.