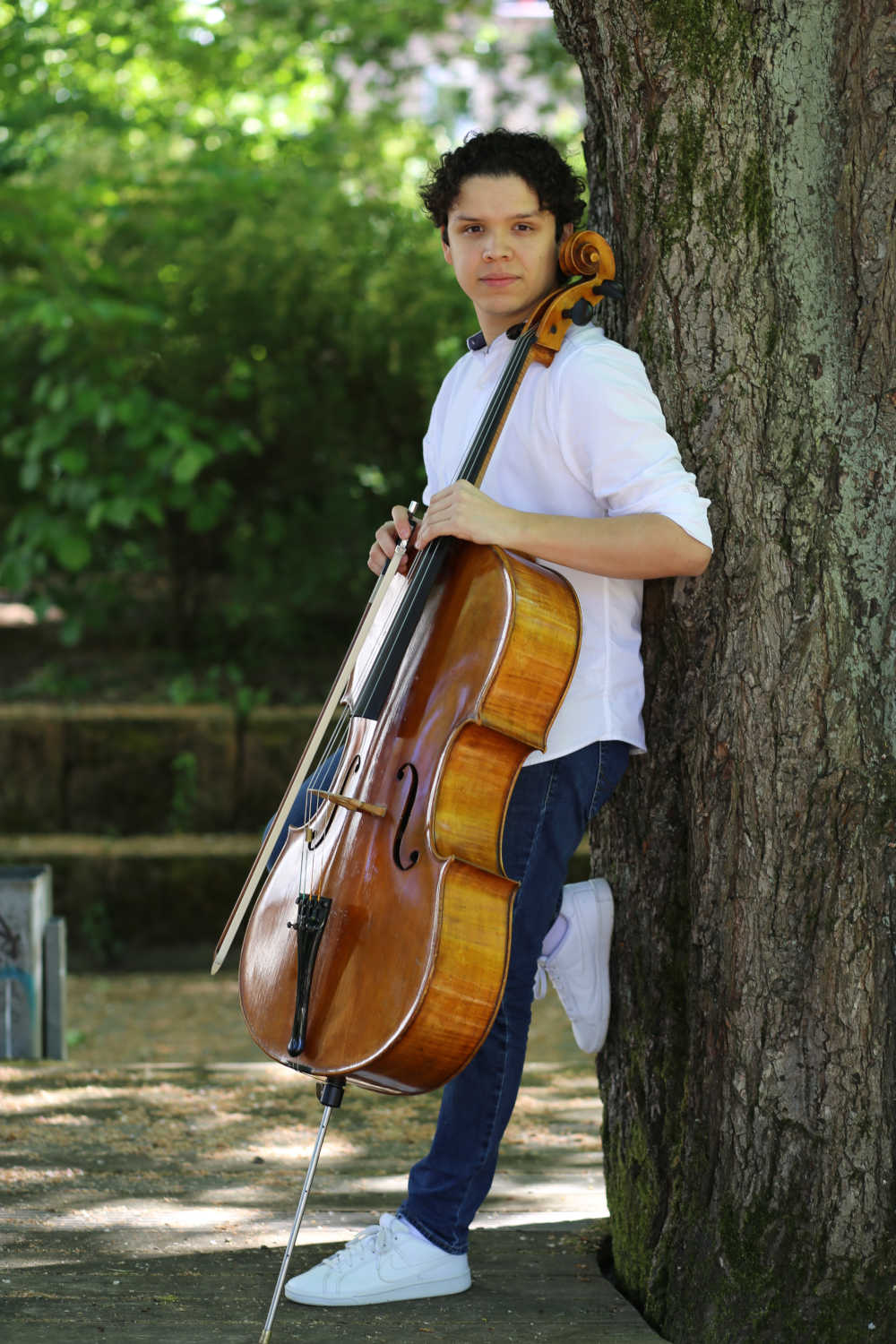 Kevin performed on important stages and festivals around the world. From 2007 to 2015 he was the first violoncello of the Orchestra Youth Symphony “Teresa Carreño” of Venezuela, with whom played at important theatres and festivals in Europe. He has been invited to other important orchestras like the Orchestra of the Americas, as first violoncello. Invited by orchestras such as the Frankfurt Opera House and recently in the 2019/2020 served as a member of the cello row of the Badische Staatskapelle Karlsruhe. Performed as a soloist with the Simón Bolívar Orchestra, Orquesta Teresa Carreño from Venezuela and the Hamburg Youth Orchestra and has been awarded various scholarships such as YEHUDI MENUHIN Live Music Now Oberrhein e.V. and Kulturfonds Baden e.V..
Completed his Bachelor’s degree with the highest distinction at the Musikhochschule Karlsruhe and is currently studying the last
semester of the Master of Music at the same university with Prof. László Fenyö.